What’s the deal with TRACED and STIR/SHAKEN?

There’s a lot of buzz surrounding scam and robocalls around Washington lately, with overwhelming support in the Senate for the recently passed TRACED Act, the FCC moving forward with STIR/SHAKEN requirements as well as the important declaratory ruling this week on-call blocking – we’ve decided to break it down for you.

What About the FCC & Stir Shaken

The one positive thing you can say about unwanted calls is that they bring lawmakers and regulators together. This Thursday, June 6th, the FCC is holding an open commission meeting to vote on a declaratory rule clarifying that voice service providers can block unwanted robocalls as a default setting, their latest effort to rein in billions of unwanted calls. Currently, it is unclear whether carriers are required to offer their customers an option to “opt-in” or “opt-out” to blocking calls, but under the new proposal, the Commission clarified its position and customers could be signed up automatically with an option to “opt-out” instead. It also clarifies that carriers can allow their customers to block calls not on their contact lists, something available to many consumers today directly through their smartphone.

What’s Next for the FCC Ruling?

If the proposal is adopted on June 6th, it must be published in the Federal Register and then approved by The Office of Management and Budget (OMB). It’s not a done deal until a substantive review, with educated guesses suggesting that could take anywhere from 30 to 60 days. As for the future of those scam calls to your mobile phone? We’ll have to wait and see where the FCC goes from here.

What is the TRACED Act?

Last month, the Senate overwhelmingly (97-1) passed a bill known as The Telephone Robocall Abuse Criminal Enforcement and Deterrence (TRACED) Act. This creates an interagency task force to address the scammer problem and require carriers to deploy call authentication and STIR/SHAKEN protocols into their networks. It anticipates rules from the FCC which would allow blocking based on output from STIR/SHAKEN, provides a safe harbor for certain “false positives” based on such information and a means for callers to fix errors. The TRACED Act dramatically increases the penalty per robocall, too. As of now, the FCC can only prosecute violators over illegitimate calls that were placed within the past year; the TRACED Act increases that timeframe to three years and increases the fine from $1,500 to $10,000.

What’s Next for the TRACED Act?

With the overwhelming success of the Senate vote, there are competing measures in the House so, the passage of the bill as addressed in the Senate is unclear. There are also a number of other anti-robocall bills already waiting for consideration by lawmakers on the floor.

Without question, the FCC is pushing carriers to do more to protect customers and First Orion agrees with the direction. The ruling would remove the perceived or real restrictions from the carriers from blocking calls that based on reasonable analytics might indicate the calls are “unwanted” by consumers. Moreover, the ruling clearly removes the current opt-in requirement for blocking calls for consumers. The ruling requires clear and full disclosures of what calls will be blocked and also an easy process for consumers to opt-out.

“Protecting consumers and businesses from illegal and unwanted calls requires ongoing and aggressive action by carriers, support from regulators and legislators, as well as an all-out education and awareness campaign,” said Scott Hambuchen, Chief Information Officer at First Orion, “The action in front of the open commission meeting on June 6th illustrates that we are indeed fighting back, but also reflects that there is still a lot of work to be done, particularly around spoofed calls.”

Each year, consumers and businesses receive 100 billion calls from known scammers and an additional 30 billion nuisance calls. Due to this growing epidemic, nearly 84% of calls go unanswered, which has led to growing frustrations for businesses and consumers. In the US, businesses place an estimated 8B calls per month to their customers. Engage, our business calling solution will tell consumers why a company is trying to contact them, with verified call presentation.

These are legitimate, existing phone calls that businesses are making (e.g. banks calling their customers, airlines returning calls about an upcoming flight, pharmacies calling about prescriptions, delivery services calling to schedule deliveries). It is imperative that carriers implement a solution that tells consumers why a company is contacting them so they make the right decision on answering their phone – skipping the scammers and talking to the people you need to talk to.

First Orion’s STIR/SHAKEN solution is deployed within our Transparency Hub and can be implemented within the cloud or on premise (carrier-hosted), utilizing the widely deployed telocom-grade TITAN platform. Providing the STIR/SHAKEN solution via the First Orion Transparency Hub allows carriers and enterprises to unlock the ability to deploy other services such as number disposition and category. 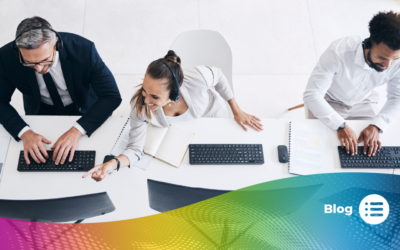