What is Number Spoofing? 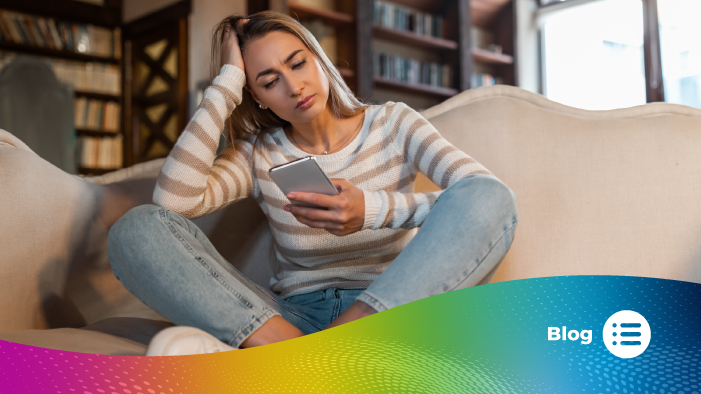 Do you receive a bunch of calls from unknown numbers with your area code? You’re not alone. Calls from spoofed numbers have skyrocketed over the years.

But what exactly is spoofing? And how can you protect yourself and others from this overused scam tactic?

It’s no secret that people don’t trust unknown numbers. Back in the day, scammers would use 1-800 numbers to convince callers they were legitimate businesses.

Nowadays, that doesn’t cut it. Everyone is wary of the unknown. With fewer people falling for the act, scammers have become more clever and creative to get potential victims to pick up the phone.

Spoof There It Is!

That’s where number spoofing comes in. When people think a number with the same area code could be an urgent call, they’re more likely to answer.

Perhaps it could be a potential client. Or there might be a problem at school. Maybe it’s a friend with a new number. Some scammers rely on number spoofing because it piques people’s interest in the call.

Spoofing is the practice of tricking networks into thinking a call is originating from a different number. The technology has been available for years to collection agencies, law-enforcement officials, and private investigators – though the legality of using such services varies. In 2004, the first mainstream caller ID spoofing service launched, allowing people to spoof calls from a web interface.

Once these types of services went mainstream, people abused their newfound power in a variety of ways. Here are some examples of large-scale spoofing by scammers:

Is All Spoofing Bad?

Technically, spoofing is legal under certain circumstances. Doctors sometimes call patients on a personal phone which is spoofed to appear as the doctor’s office phone. This way, the doctor’s personal information is secured.

Spoofing: Then and Now

In the past, caller ID spoofing required advanced knowledge and expensive equipment. Now, open-source Voice over IP (VoIP) software makes it easy to spoof with minimal experience and cost.

The practice of spoofing has now evolved from using known numbers to make a call seem more legitimate to neighborhood spoofing, which uses numbers that look very similar to the ones where you live.

Some scammers even rely on humans’ innate sense of curiosity by displaying a number eerily similar to the one they’re calling – sometimes even exact. Not to mention, they’ve even gone as far as sending out “trustworthy” text messages to uncover someone’s information.

What Can You Do?

The BBB suggests ignoring calls from any number you don’t recognize, even if it’s local. If the call is urgent, the caller will leave a message.

And if your number is used for spoofing, you might get confusing calls or texts from people curious as to why you called. If you know that scammers are spoofing your number, it can help cut down on the confusion.

A Solution For Your Problem

With phone scam practices like neighborhood spoofing on the rise, First Orion has rapidly developed an innovative call “fingerprinting” solution to quickly and accurately identify new fraud techniques. Similar to burglars leaving fingerprints at the scene of a crime, scam callers leave “call prints” all over the networks.

We track those and look for suspicious patterns so we can flag those calls as probable scams. In-network solutions from mobile providers can help manage unwanted spoofed calls and block known scammers automatically.

As for businesses, registering company phone numbers with mobile analytics providers can break the spoofing cycle and win back customer loyalty.

With fewer people responding to these tactics, scammers will have to resort to their next trick to get callers on the line… and we’ll be waiting with our next solution to stop them.

First Orion creates mobile communication solutions that enable businesses or agencies to identify who they are and why they’re calling on your incoming call screen. Our INFORM branded text display features a customizable 32-character message. ENGAGE is a graphics-based, content-rich display, allowing companies to deliver name, number, logo, and colors right to their audience.