Are You at Risk of Getting Scammed During Tax Season? 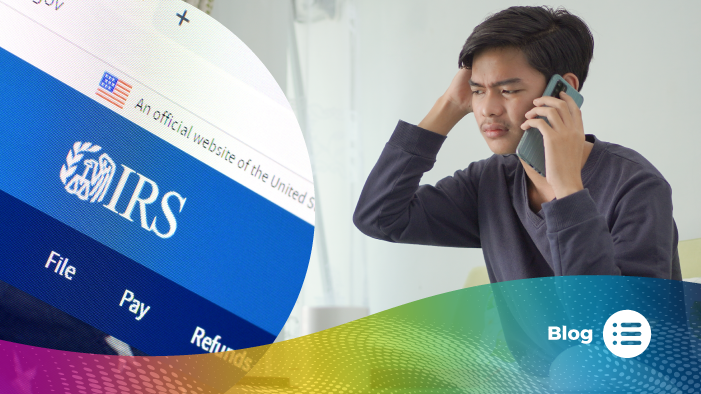 Tax season is the “big show” for scam callers. This year, there could be as many as 2.2 BILLION scam calls made the week before AND the week after the tax filing deadline on April 18. You read that right – 4.4 BILLION total calls over a two-week period. The sheer volume is staggering!

American taxpayers need to know they could be susceptible to scam calls during this high season. Question is – how much are you at risk for being scammed?

Do You Trust the IRS?

Scammers use a handful of tricks to get people to hand over valuable information or send them money.

First off, they know that people generally tend to trust the IRS as an organization. If the agency says that there’s an issue with your tax paperwork, a lot of people won’t question it. More than 70% of people (that’s nearly 3 in 4) said that if the IRS questioned the accuracy of their filing that they would trust them to be right.

For many people, the IRS paperwork can be mindboggling. Depending on your income sources and how it’s reported, if you go to school, or if you’re a senior citizen, you could have a stack of forms to keep track of and sort through each year.

Then there’s the line items and footnotes, depending on your form. It’s a lot and it can be confusing.

They also know that people fear the IRS. In fact, nearly 40% of people say they are afraid of the IRS as an organization.

Using these two bits of information, scammers know that a lot of people are vulnerable to their tricks.

Some People are Catching On

About 1 in 5 people say they have received what they thought was an IRS-related scam call. Being aware of these scams are important in helping protect yourself.

It’s also helpful to know what the IRS will do if they audit your paperwork.

Let’s say the IRS decided to audit your filing. Will they call you? Most likely not. And even if they did, they won’t ask for immediate payment over the phone.

It’s standard practice to get a letter in the mail first. The IRS will not threaten you to bring in law enforcement to have you arrested, either.

In addition, you do have an opportunity to appeal – though it may not be easy.

Stay safe this tax season and don’t be surprised if your phone starts ringing off the hook in the coming weeks, there could be a scammer on the other end.