How To Spot Government Imposter Scams Some scams are easy to spot – free vacations or suspicious inheritances don’t often land on your doorstep without some catch. Others are much more difficult, thanks to scare tactics and intimidation. Scammers often pretend to be government officials to try and convince you to send them money. Here’s how to recognize them and avoid getting scammed.

It can be hard to recognize an imposter, especially through their lies. It’s scary enough to get a call saying you owe money or might be arrested, then they use a variety of tricks to distract you or coerce you into handing over the money. Here are a couple of examples of schemes scammers have attempted.

While these scams may seem fairly obvious on paper, in the moment scammers rely on you to panic and make a rash decision. They prey on your weaknesses and instinctively play to your emotions. The more you can accustom yourself to their tactics, the better chance you have a spotting the scam. Here are six ways to beat a government imposter:

Scammers love to ask for a money wire. Why is that? It’s because it’s like sending cash: untraceable and impossible to get back. They know that you’re unlikely to ever put crisp bills in the mail, so convincing someone to wire money is the next best thing. Also, never deposit a “winnings” check and wire the money back, either. That check is fake, and you’ll owe the bank any money you withdraw.

If you enter and win a legitimate sweepstakes like Publisher’s Clearing House, you won’t have to pay insurance, taxes or shipping to collect. If you have to pay, it’s not a prize. That’s not to say that you won’t have to pay taxes on your prize winnings at a later date, but you will never be required to pay just to claim. If you haven’t entered any sweepstakes or lotteries, then bad news – you haven’t won anything, either.

3. Don’t give out any financial or personal information.

It should go without saying, but just in case – never give out your bank account information to anyone. Personal and sensitive information like account numbers, credit card info, social security numbers, and addresses should never be offered up to unverified contacts. Scam artists can use your information to commit identity theft – or make their scam even more convincing. If you believe you’re getting a call about a legitimate debt, contact the company you owe money to directly.

No matter how official something sounds, always double and triple check your sources. Con artists use official sounding names to make you trust them, and many go as far as spoofing real government numbers. It is 100% illegal for any promoter to lie about an affiliation with or endorsement by a government agency or well-known organization. In the age of the Internet, anything can be faked, so don’t trust official looking stationary, names, websites or numbers unless you know for sure.

5. Put your number on the National Do Not Call Registry.

While this won’t stop scammers from calling, it will make you more skeptical of the calls you DO get. Most legitimate sales people generally honor the Do Not Call list, but scammers will always ignore it. Putting your number on there adds an extra layer of screening for legitimacy. Register at donotcall.gov.

If there’s a scammer on the loose, we’re on it. Our smart databases catch numbers that put out large volumes of calls in short periods of time, so we can spot the bad guys quickly. You can customize your blocking to weed out spammers, scammers and telemarketers, and we always block the known scammers for free. Your feedback in app is reported directly to the FTC, and can help us determine which numbers are dangerous.

Finally, report t he scam. If you believe you’re getting a call from a government imposter, file a complaint with the FTC. Or, you can file a quick, simple complaint directly inside of the PrivacyStar app.

This article was adapted from information from the FTC website. 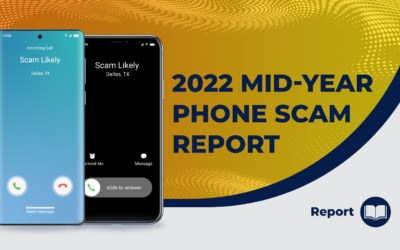 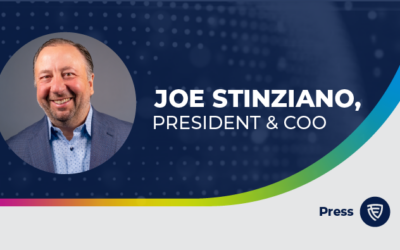 First Orion is honored to be named one of the 2022 Best Places to Work in Arkansas by Arkansas Business! The award program...