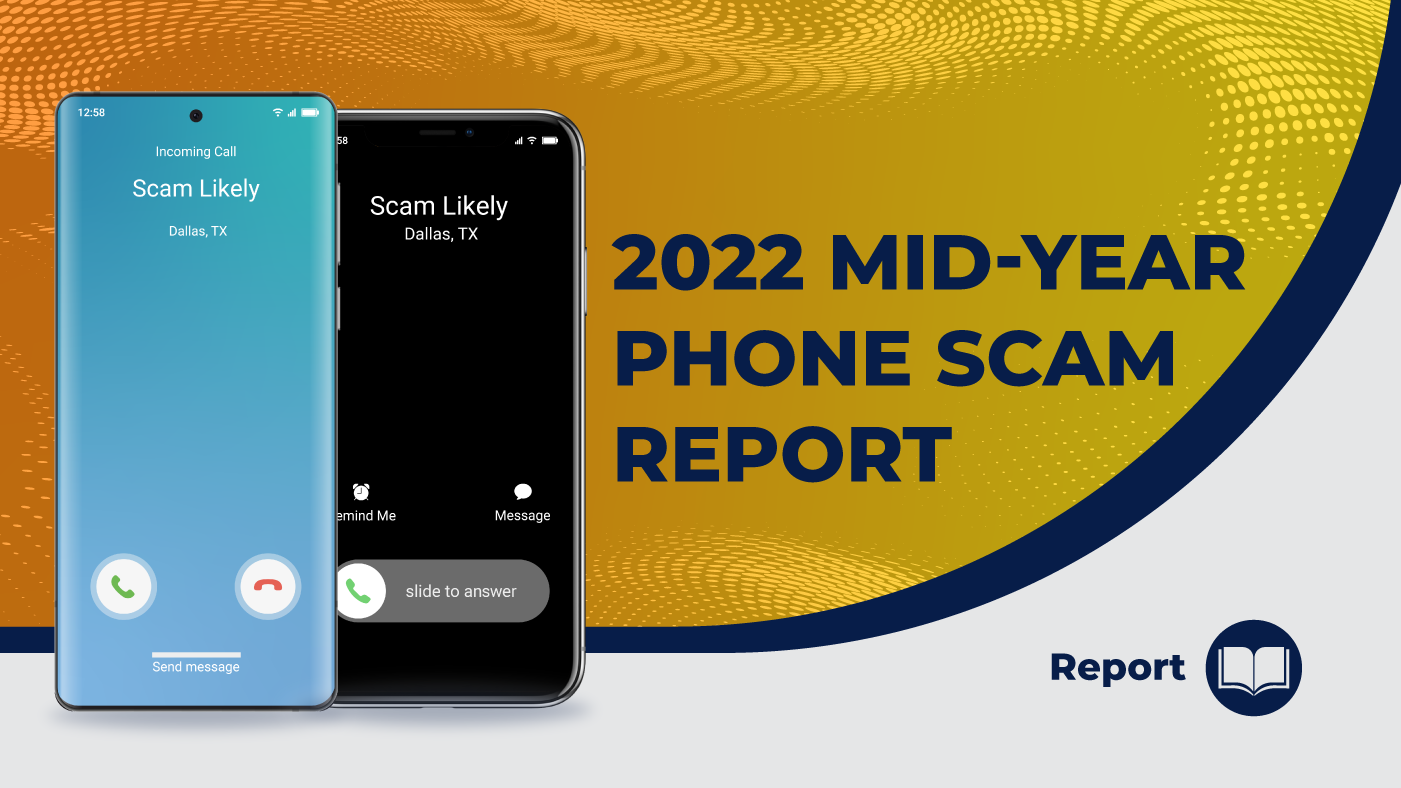 We also gathered results from our in-house data which detailed consistent scam tactics, call volumes, and hardest hit areas in the U.S.

Even with federal regulations and market-ready solutions for companies to properly identify their outbound calls, scammers are pulling out all the stops to torment people, especially in the last six months.

Scammers never seem to take a break from harming unsuspecting victims. According to our survey, more than half (57%) of respondents said they had suffered a financial loss due to scam calls at some point in their lives. Nearly 2 in 5 (39%) reported losing more than $250 to scammers, with some respondents sharing they had lost more than $2,000 to a scam call.

The top 5 most spoofed entities, according to First Orion data:

Our survey responses found that 2 in 5 people have received financial-related scam calls, ranking it as the most reported scam.

This year, we’ve seen more scam calls than we can count, and consumers are starting to lose count as well. According to the survey, 53% of people reported receiving more scam calls in 2022 than in 2021.

But who’s really falling for these phone scams?

There’s a stigma around older generations, suggesting they fall for scams more easily. But according to our survey, we found that’s not always the case. In fact, 2 in 3 (62%) of 18-34-year-olds reported having experienced a financial loss due to a scam call, while less than half (45%) of those over 55 years old report the same.

Either way you look at it, it seems that the younger you are, the more likely you are to be scammed. The Top Scams of the Year

Unsurprisingly, our report’s top scam type for almost every month this year was the vehicle warranty scam. Here’s a total list of the data found over the first half of 2022 as well as a few key phrases that scammers use that you should be on the lookout for:

Calls are often spoofed to look like numbers in the same area or state where the person lives, which is a tactic called neighborhood spoofing. Other calls use toll-free numbers as spoofing tactic.

Here’s what one survey respondent said they experienced with a scammer:

“The most recent one was regarding an extended warranty. I did not recognize the phone number but was expecting a call from a contractor, so I answered it. When I answered I heard a beep and then a man say my name waiting for me to respond with a yes. I hung up at this point.”

The scammer often identifies themselves as a representative from Consumer Council, Senior Aide, Senior Aide Helper, or United Advisors.

Another surveyor had this encounter with a healthcare scammer:

“A person called me on the phone and introduced themself as a branded insurance company manager. They took a comment about the policy, then slowly started with an amazing offer … I realized it was fraud, I said I don’t want this policy. Then I hung up the phone call.”

There are two primary types of Social Security scams: Fraudulent activity and the promotion of eligible benefits.

When scammers claim there is “suspicious” activity on a person’s account, they’re more likely to react quickly to protect their personal information. The sense of urgency is what scammers bank on with this tactic.

Scams claiming social security eligibility are similar to any other benefit-offering scam tactic. A “once in a lifetime offer,” or “press one to get this amazing opportunity” are common phrases used by scammers.

Medicare scam calls often ask for a person’s Medicare number and other associated information. These scams are often easy to believe, particularly when they know the age or other personal information of the person they are calling.

Another tactic that scam callers are using is neighborhood spoofing. They rapidly rotate numbers and include toll-free call-back numbers in their scams.

A survey respondent said that a scammer attempted to sell them Medicare when they didn’t need it:

“They were trying to sell me Medicare… but I have private insurance. I’ve tried to remove my number/name and block anyone from out of state, but nothing changes that. I’ve had this cell number for years.”

The health insurance scams overlap with the Medicare scams and use a lot of the same techniques and messaging to fraud consumers.

Open enrollment periods are often peak times for these types of scams, but we see healthcare-related scam activity all year. Scams tactics include offers to fix an enrollment, a claim issue, a special offer, or a gift for signing up.

So, we know who is affected by these scammers, but where are these scams happening most often?

Phone scams are everywhere, but there are certain spots scammers like to pester, time and time again. If you’re in Michigan, Ohio, Oklahoma, or Texas, we found that you may be at risk of receiving more scam calls than in other states. Scam Trends on the Rise

It’s not only the common scam tactics making names for themselves. Scams waiting in the wings or behind a dark alley have been waiting for the right moment to strike on a potential victim.

In the last 90 days, our data shows that life insurance scams have surged by more than 5,000%. Yikes! If there’s anyone you shouldn’t trust with life insurance, it’s a scammer on the other line.

The tactic with this scam uses phrases like “approval at the state level” for a discounted senior plan and promises 100% coverage for funeral costs. Everyone worries about their finances. These types of scams tend to target those requesting financial assistance.

Other Scams to Avoid

As time goes on, technology steadily improves and people adapt. Scammers are also adding new ways to sucker someone out of their money. Here are more scams to avoid:

How to Protect Yourself

So, you know all the latest and (not so) greatest scam trends. Now, how do you protect yourself for the future?

Most businesses can take the first step in protecting their brand and consumers by registering their business numbers with their phone service providers.

Kent Welch, our Chief Data Officer, recounts tips to protect yourself from scammers:

It’s always best to avoid interacting with a scammer. If you have received any suspicious or scam-like calls, be sure to report your findings to the FTC.